If you really want to know Italy and Italian people you must be informed about the sports we love and practice in Italy.

Sport is one of the most frequent topics of conversation that daily animates the spirits of warm and friendly Italian people.

Italy is well known in the world for its football teams such as Juventus, Milan, Inter but also for the Ferrari car but that doesn’t mean that this is the only sport you can practice and watch in our country.

Italy also has a strong tradition in many other sports such as skiing, cycling, athletics, tennis, and fencing.

Here you can find some information about sports history in Italy and the sports we love and that you can do or just watch in our country. 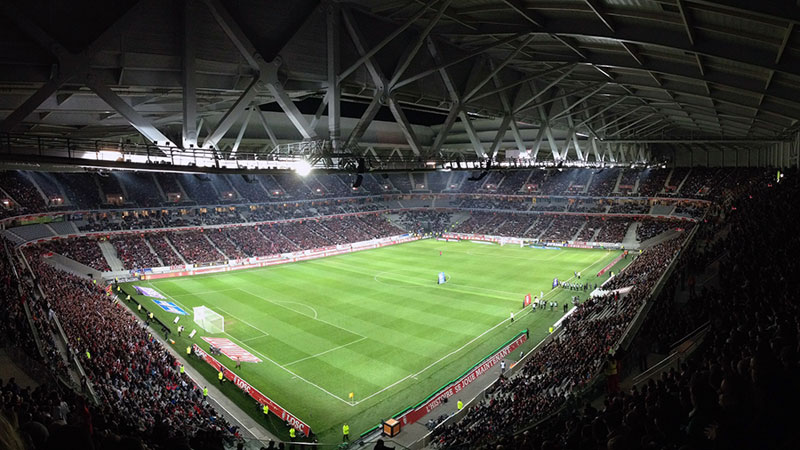 Italy is one of the most famous national football teams in the world and among those that have won more: the Azzurri (as the players of the national football team are called in Italy) have in their palmarès four FIFA World Cups (in 1934, 1938, 1982, and 2006). Only our historical rival Brazil has done better than us, so far.

Italian people love football. It is our “Official National Sport”. About 4 million Italians play football regularly and those who do not play it watch it on TV or at the stadium.

Some of the strongest teams in the world play in the Italian Serie A TIM Football Cup such as Milan, Juventus, Inter, Roma.

The football season in Italy runs from August to May, so it is possible to watch these exciting matches during your visit or holiday in Italy. This is undoubtedly an experience worth living.

We recommended you to buy the tickets in advance. 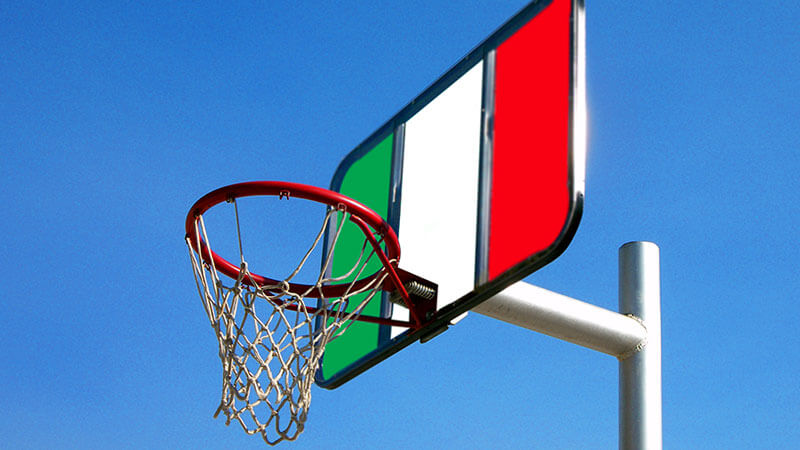 Also, Basketball is among the most popular sports in Italy, which is one of the main basketball nations in Europe, along with Spain, Serbia, Greece, Slovenia, Lithuania, Croatia, Russia, Turkey, and France.

Italy can boast a long and prosperous tradition in this sport. Our national basketball team won Eurobasket twice in 1983 and 1999 and placed second at the Olympic tournament twice, in 1980 and 2004

Our national league is considered as the third-best in the world (after the NBA in America and the Spain ACB basketball league). 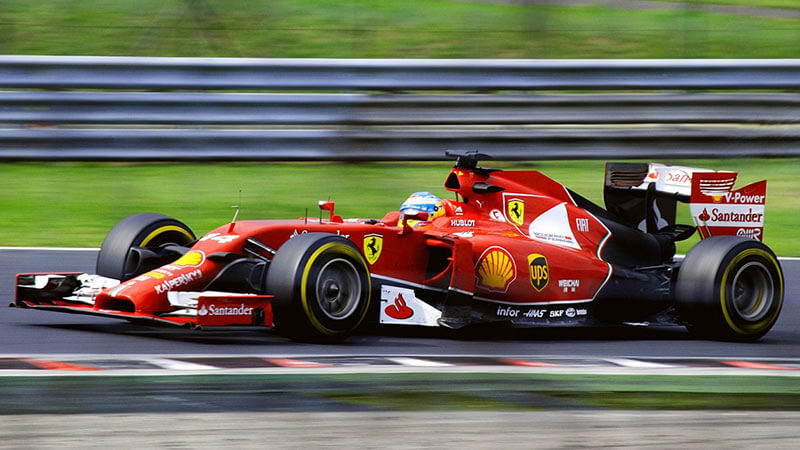 As you might know, some of the world’s fastest cars are designed and built in Italy, such as Ferrari, Lamborghini, Maserati, Pagani, Mazzanti.

Auto racing has a huge number of fans and lovers, which follow related sports events whether watching it on TV or in-car tracks such as the famous ones in Monza and San Marino.

So, if you like this sport, Italy is for sure one of the best countries to enjoy it.

One of the most important events of the Formula 1 Championship takes place in Italy, at the Autodromo Nazionale in Monza (near Milan), usually in early September. If you are interested in attending one of the most exciting Grand Prix of the season we recommend you buy tickets and book a hotel well in advance.

In addition to Formula 1, Italy has a great tradition in the MotoGP, too with champions such as Valentino Rossi and Giacomo Agostini, from the past.

The Italian Grand Prix takes place at the Autodromo del Mugello (Mugello Circuit), which is one of the most spectacular in MotoGP.

It usually takes place at the beginning of June and it is closed to Florence.

Also for this Grand Prix, we recommend you buy tickets and book hotel months in advance.

Volleyball too is a famous and beloved sport in Italy.

Along with basketball is one of the most practiced sports in Italy after football both by men and women.

The Italian Volleyball League is considered one of the most challenging leagues in the world. 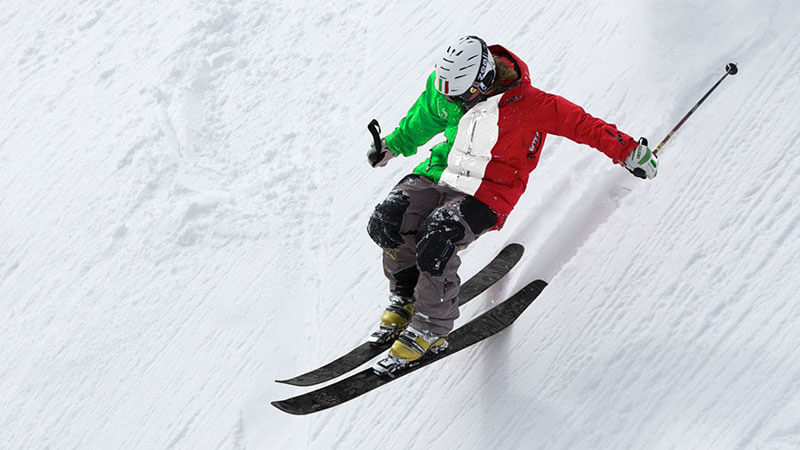 For winter sports lovers, Italy offers not only unparalleled nature and landscapes but also high-quality ski resorts all along the Alps.

Our slopes are among the most equipped and attractive in the world and are often the scene of international competitions. Also for these reasons Italy has been chosen to host the 2026 Winter Olympics Games in 2026 between Milan, Cortina, and Bormio.

Italian skiers, both in the past and in the present days, received very good results in the Winter Olympic Games, World Cup, and World Championship. 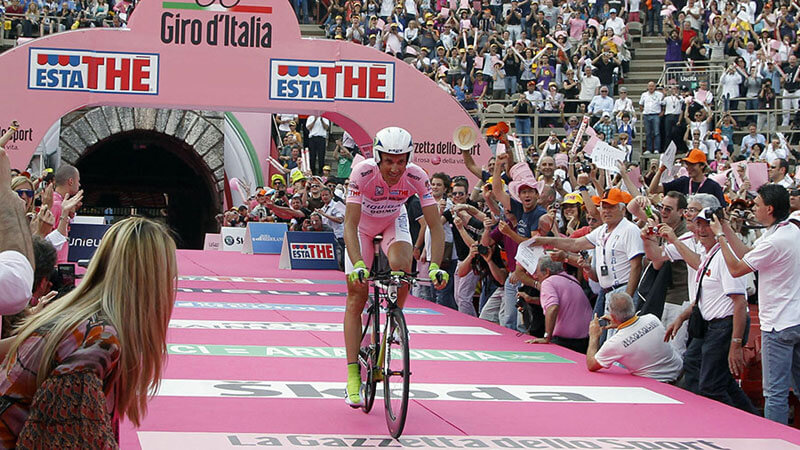 You may not know that Italian riders have won more World Cycling Championships than any other country, with exception to Belgium. The Giro d’Italia is one of the most renowned Grand Tours that is held every May in Italy, as well as the Vuelta in Spain and the Tour de France.

If you want to live the hysteria of a cycling race along the road, we suggest you visit Italy during May. It is a long-distance cycling race that crosses the whole country so it could be an opportunity to discover the natural and historical wonders of Italy. 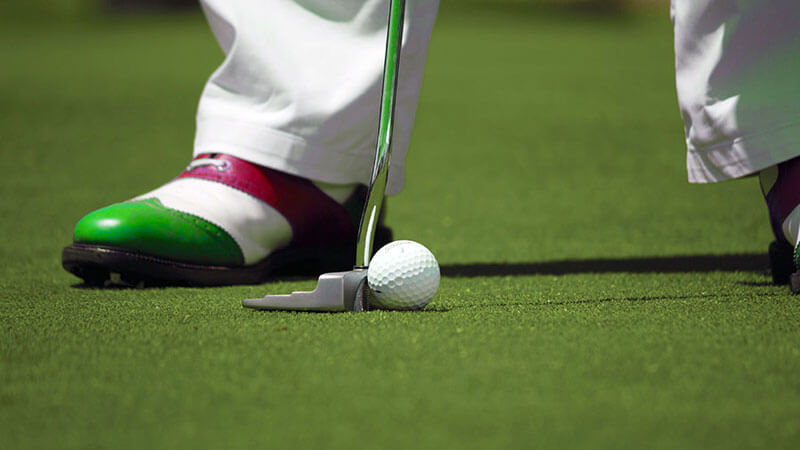 In Italy, you can find many impressive golf courses which are surrounded by unforgettable landscapes. They attract golfers and travelers from all over the world also thanks to.the mild climate of the country. 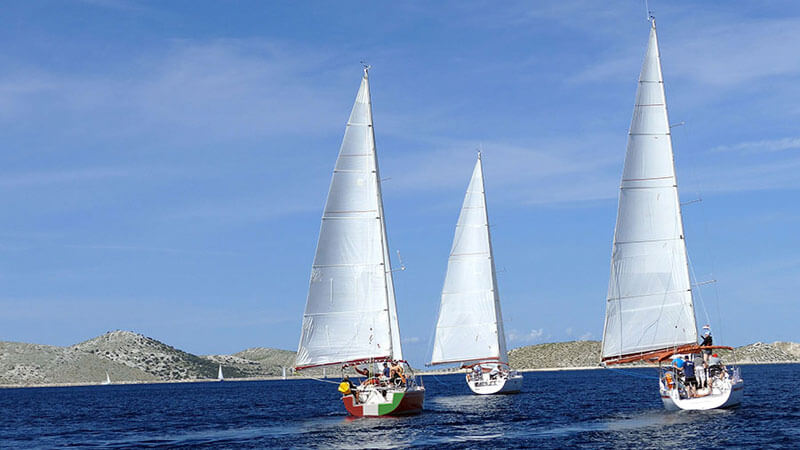 With its almost 7,500 kilometers of coastline, Italy is the perfect place to practice water sports.

For example, there are many famous sailing schools in Italy in Sardinia in particular.

And while you are improving your skills you can also enjoy the unmatchable Italian seaside with its marinas, luxury shops, and fish restaurants. 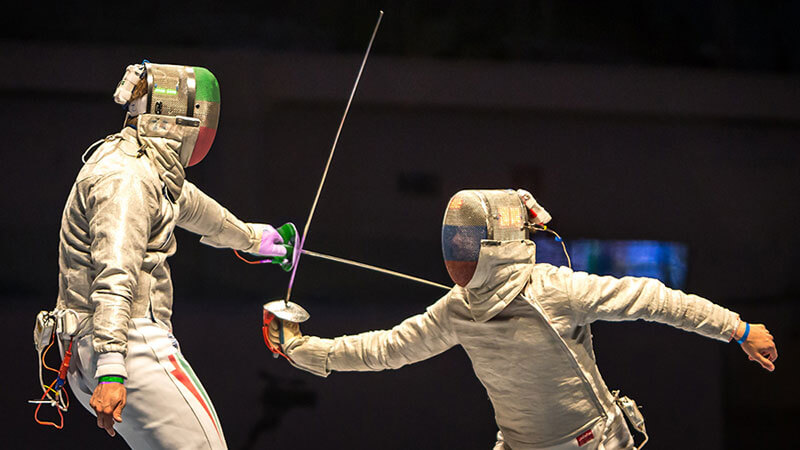 Among the combat sports, fencing is perhaps the one that boasts the greatest traditions in Italy.

Several Italian athletes have won prestigious Olympic and world medals in this sport.

But besides that in Italy, you can also practice other combat sports such as boxing, martial arts, and kickboxing. 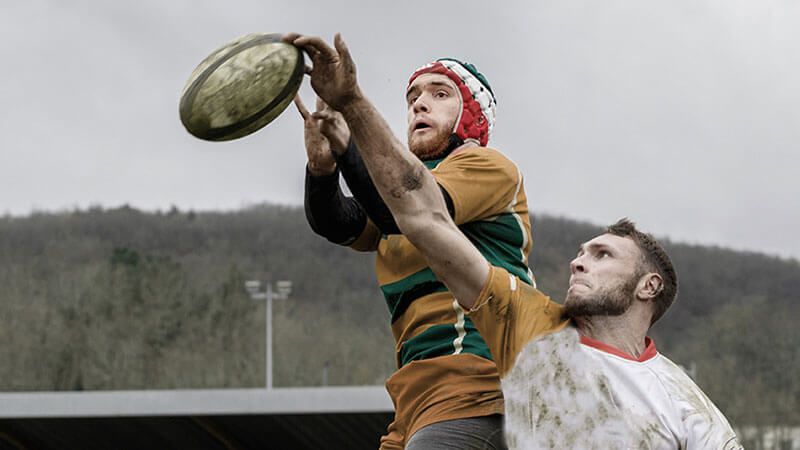 After football, rugby is known to be one of Italy’s famous sport with the majority of the fans being located in Northern Italy. The game was introduced by the British more than 100 years ago. Over the years, the country has worked towards developing the sport even further and as of now, the Italian national rugby team participates in prestigious championships and competitions. 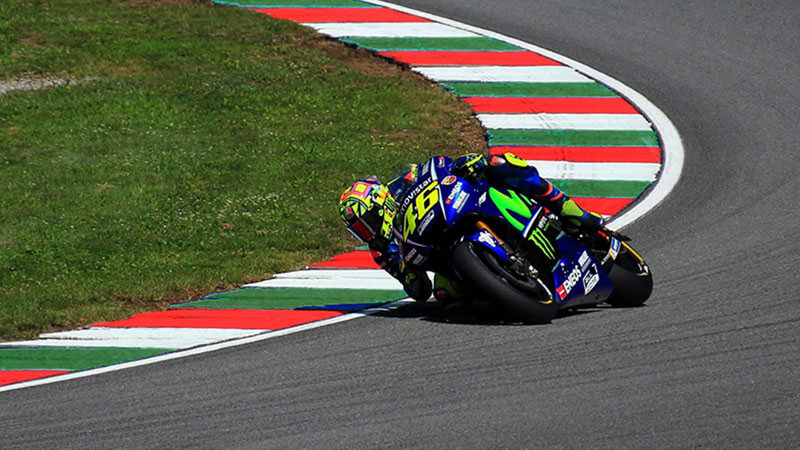 World Sporting events hosted in Italy in the past 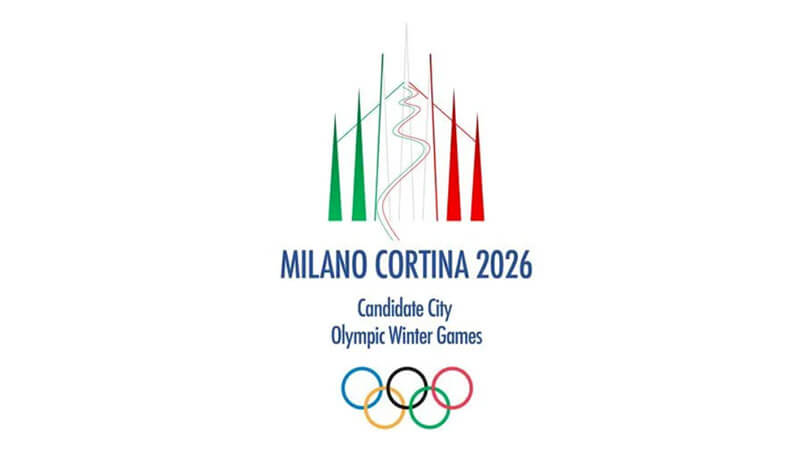 So, if you are a sports enthusiast, you may have realized that there are plenty of opportunities in Italy.

A sporting event can be the perfect excuse to come to Italy and also take advantage of it to enjoy its historical, natural and food specialties.

This website uses cookies to improve your experience while you navigate through the website. Out of these cookies, the cookies that are categorized as necessary are stored on your browser as they are essential for the working of basic functionalities of the website. We also use third-party cookies that help us analyze and understand how you use this website. These cookies will be stored in your browser only with your consent. You also have the option to opt-out of these cookies. But opting out of some of these cookies may have an effect on your browsing experience.
Necessary Always Enabled
Necessary cookies are absolutely essential for the website to function properly. This category only includes cookies that ensures basic functionalities and security features of the website. These cookies do not store any personal information
Analytics
Performance
Others
Other uncategorized cookies are those that are being analyzed and have not been classified into a category as yet.
Advertisement
Advertisement cookies are used to provide visitors with relevant ads and marketing campaigns. These cookies track visitors across websites and collect information to provide customized ads.
Powered by