Here we will talk about local Milan transport. Once you get into the city, to know as much as possible about transports will be necessary. So it is a good idea to get some basic information on this. We will introduce you to the types of transport in the city.

Milan has a network of beautiful streets and roads coming out of the central Piazza Duomo, being the major part of the city surrounded by three concentric-ring roads. Nowadays, industrial estates and suburbs are spilling out the Tangenziale, the fourth ring road. 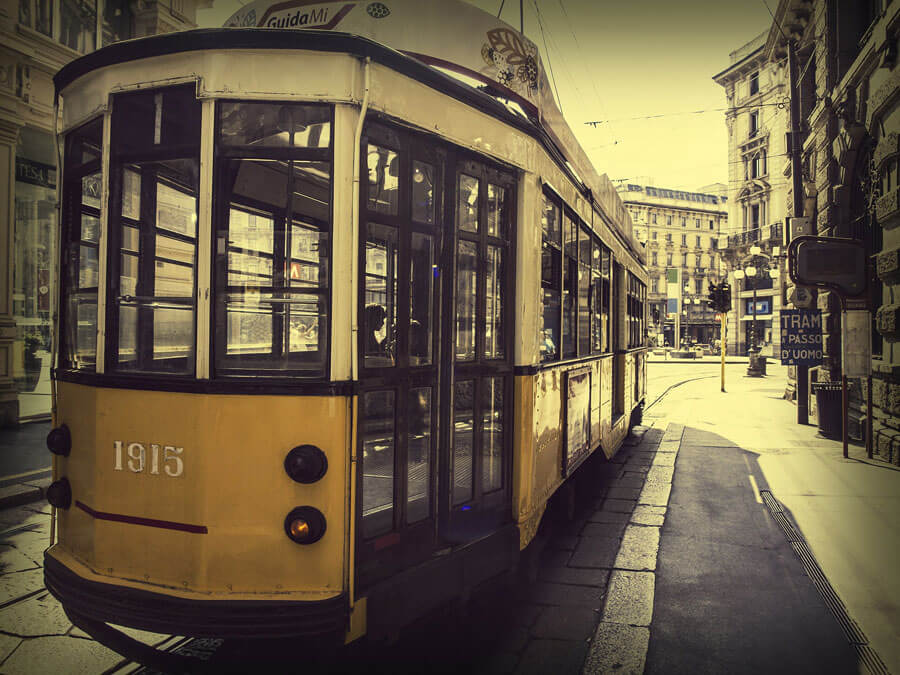 You can also take a tram, known as a trolley car. It runs throughout the city and has an orange colour. You can differentiate the modern trams from the old ones by their size, and the modern ones are longer. Trams have the same stops that buses and they indicate the route they have.

Regarding buses, they have the same colour as trams, “orange”. You will find cable buses as well as independent buses around the city.

Where do you get tickets for public transportation? This is an important thing to keep in mind if you want to get around Milan. You can purchase tickets for the public transportation system at the metro station, but be careful because not all of the stations have a ticket booth. Other places where to get tickets from are news kiosks. Remember that you can use a ticket on all types of transport for a limit of minutes.

For people who prefer taxis instead of public transport, they have to know that it is not easy to take one in the street. It is better if they contact taxis by calling them, or go to a taxi stand. Consider it for rainy season and periods when there are events going on in Milan, in which taxis are difficult to find, so be ready for that! And consider having the telephone number of taxis. Here we list some telephone numbers for radio taxis: