After the Roman Empire had fallen, the new Europe began to take shape. Italy was invaded by Ostrogoths, who wanted to keep on the majesty of old Rome. Still, the Byzantine emperor Justinian tried to reunite all Italy, and he lost total control of Rome. Pope Gregory decided to save Rome, and he used the papal power to protect it. The wars between the Ostrogoths and the Byzantines would not let peace be absolute so that the papal protection from the 7th century until the 19th century helped to build a new Rome.

The strength of the papacy grew every century. They were able to crown kings and remove them. Rome was very important once again in the eleventh century. Many Popes were able to rebuild Rome, many of them supported the growth of arts and sciences, and at some point, the church entered a dark period, in which many scientists like Galileo and Leonardo da Vinci were accused of practicing witchcraft.

Because of the importance acquired by Islam, many people began to adopt new beliefs. So a new era began, this era was called “Era of Reformation”. This era was characterized by constant fights between Christians and Islamists who wanted to impose their religion throughout Europe. Martin Luther argued that the Roman Christian church had been corrupted and that the beliefs which they taught were wrong, so he decided to institute the Protestant church. 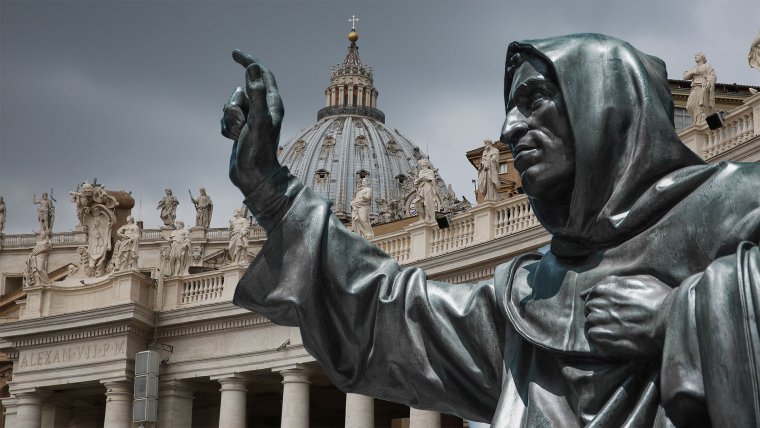 In the 16th century, the Renaissance stage began, many of the most influential families of Rome and Italy felt homesick for the splendor of old Rome so that they decided to invest part of their fortunes in the education of the most notable artists and scientists to regain the imperial Rome.

There were artists like Michelangelo, Donatello, and Raffaello, who did excellent work for the Christian church, for example, Michelangelo painted the frescoes in the basilica of St. Peter. So this stage of Rome is considered by many as the most magnificent Golden Age at a cultural level.