Etruscan Architecture – Where To Find it in Italy

In truth we know very little about Etruscan architecture and art. Certainly, we know very well the particular attention that this civilization has dedicated to the cult of the dead. As far as architecture is concerned, there are not many records, nowadays.

What most characterized the Etruscan architecture was the introduction of the vaulted arch, whose construction technique was inherited from Mesopotamian culture and later perfected by the building skills of the Romans. If we exclude the remains of the fortifications of some cities (walls and gates), there are very few architectural evidence that has survived the time, testifying to the fact that most of the Etruscan buildings were built with perishable materials.

The Etruscans were undoubtedly inspired by Greek culture to realize their works, characterizing them with decorative elements of handcrafted style.

His treatise, (“De Architettura” 29 – 23 B.C.) became the cornerstone of this discipline, and it is thanks to it that today we can imagine how an Etruscan temple was built.

Immerse yourself in the most significant places in our history.

For what concerns the conception of space, Etruscan temples were very similar to Greek ones. However, since the Romans devastated most of the Etruscan cities, nowadays we found only the bases and the votive statues in the necropolis of those temples.

They accessed the temple from a front staircase, and the structure was composed of two parts, a large atrium flanked by large columns, and several areas (cells) generally dedicated to the main trinity (Tinia, Uni, Minerva).

According to tradition, the temple faced South. Its basements were made of stone, the walls of clay bricks, while the columns and the beams of wood.

The roof was very protruding to protect the building from the weather.

The Sanctuary of Portonaccio is one of the most important and representative testimonies of the religiousness of the Etruscan people. You can find it in Isola Farnese, where there are the remains of the Temple of Apollo.

From the 7th century B.C. the cities were surrounded by massive walls, from which one could access to the three main streets. Examples are the cities of Volterra and Perugia.

A significant testimony of Etruscan architecture is the necropolises made of several sets of tombs.

The examples of Cerveteri and Tarquinia are unique evidence of the Etruscan civilization. The frescoes inside the tombs faithfully reproduce the buildings and houses of that time and accurately recreate the daily life of this civilization.

The tombs of the two necropolises have different characteristics. The ones in the archaeological site of Cerveteri are thousands and arranged according to an urban plan similar to the one of a city.

The Monterozzi necropolis of Tarquinia is famous for its frescoed tombs, carved into the rock.

Here you can find a list of the most important Etruscan sites in central Italy. 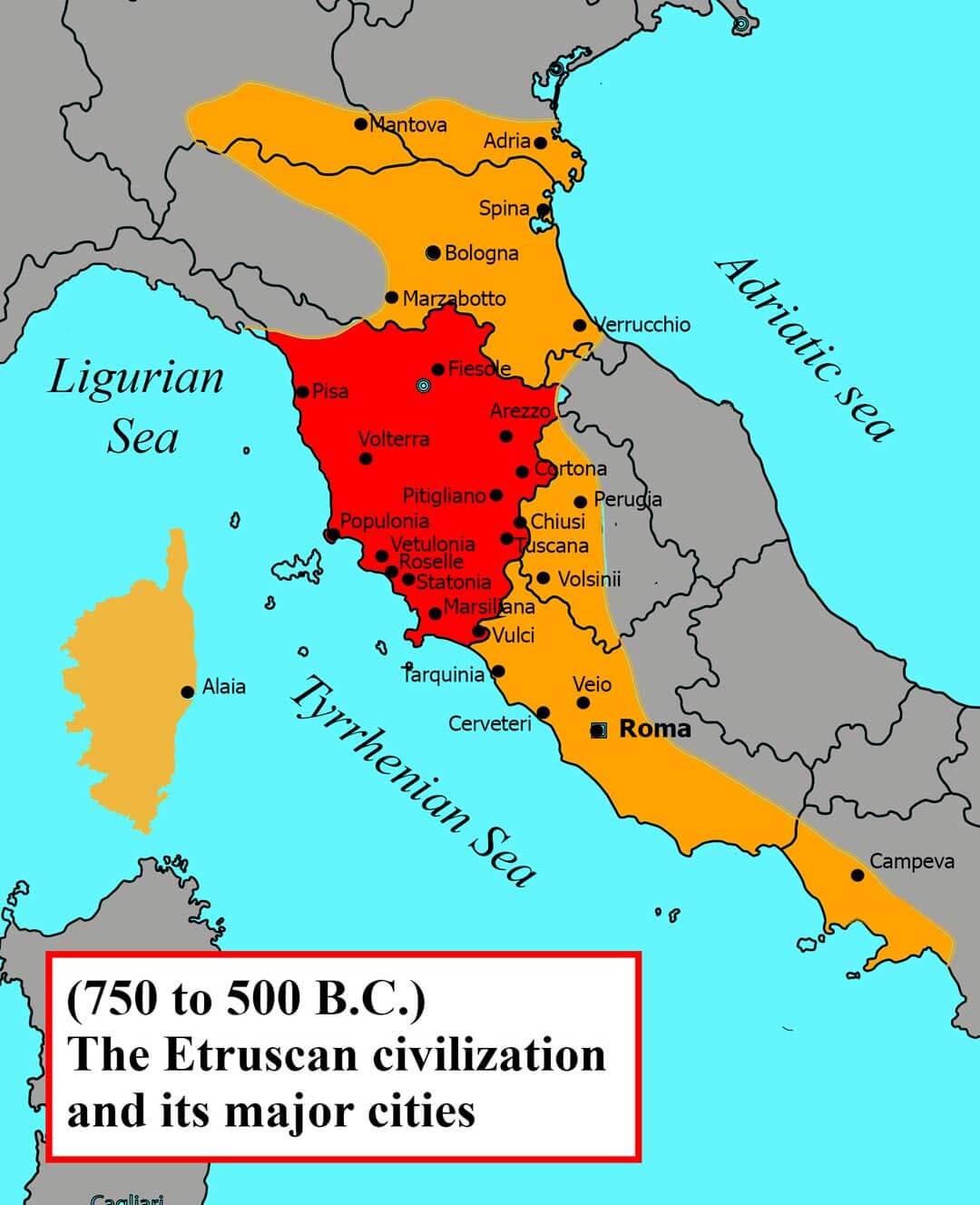 In the northern one: Pisa, Fiesole (Vipsl), Gonfienti, Volterra (Velathri), governed first by kings, then by oligarchies.

Immerse yourself in the most significant places in our history.

FLORENCE – The Heart of Renaissance Florence: Duomo and Baptistery

FLORENCE – Highlights of the Uffizi Gallery

POMPEII – The City Frozen in Time

SICILY – The Heart of Palermo