Italy is known in the whole world as “Il Bel Paese” (The beautiful country).

If you have never been to our country, you can start reading this post, where you can find a list of the places to visit in Italy at least once in a lifetime. After that, you can also dedicate yourself to the discovery of our most hidden pearls.

There is no doubt, indeed, that in our country there are beautiful places known all over the world.

Currently Italy, together with China, is the nation that holds the highest number of sites included in the World Heritage List: 55 in all. Six of these are natural sites, and the other is of cultural type.

As you might know, Italy is situated in southern Europe and has a mild and enjoyable climate.

Its historical importance and beautiful historical sites make Italy one of the most favourite places of tourists for vacations. 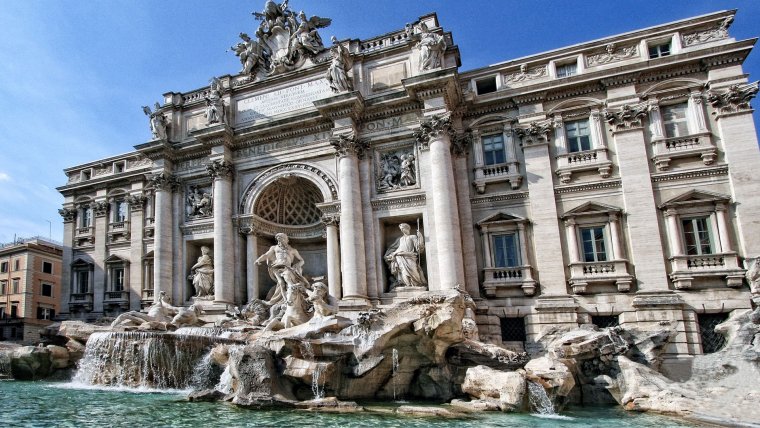 Among the places to visit in Italy, Rome is perhaps at first place. Rome, the capital of Italy, offers you tasty food, friendly people and astonishing historic sites. Rome is one of the most visited Italy destinations. It is such a peaceful and safe city that you won’t feel unsafe, even walking around at night. The reason why Rome attracts more tourists is because of its historical landmarks, beautiful ancient Roman buildings, historical sites, and art masterpieces such as the Michelangelo’s Sistine Chapel.

It is also famous for the Trevi Fountain, the most popular tourist attraction in town. We can say that Trevi Fountain one of the world’s most famous fountains. If you ever find a chance to visit Italy, you must visit this city. You will not regret going there.

Florence is one of the most important Renaissance centres in Italy. We can say that it is the cradle of the Renaissance. In that period Florence was very well known all across Europe. Its currency, the “florin”, first introduced in 1252, became common in all of Europe at that time because of its reliability. It remained in use until 1533. Due to its exceptional significance across all Europe, the inhabitants of Florence gained power. They opened significant banks in the city and many branches in other cities. Due to this, Florence spread as an economically dynamic city and emerged as a centre of trade and commerce. Ponte Vecchio is an old arch bridge known for its shops built along with it. Ponte Vecchio increases the glory of Florence city.

In Florence, you will also find the Uffizi Gallery. It is one of the most famous museums in the world. It preserves extraordinary collections of ancient sculptures and paintings (from the Middle Ages to the modern age). Here you can admire some absolute masterpieces of the art of all times by artists such as Leonardo, Raffaello, Michelangelo, Botticelli, Caravaggio, Giotto, Piero Della Francesca, Beato Angelico.

We suggest to book a visit well in advance and get ready to face long queues. 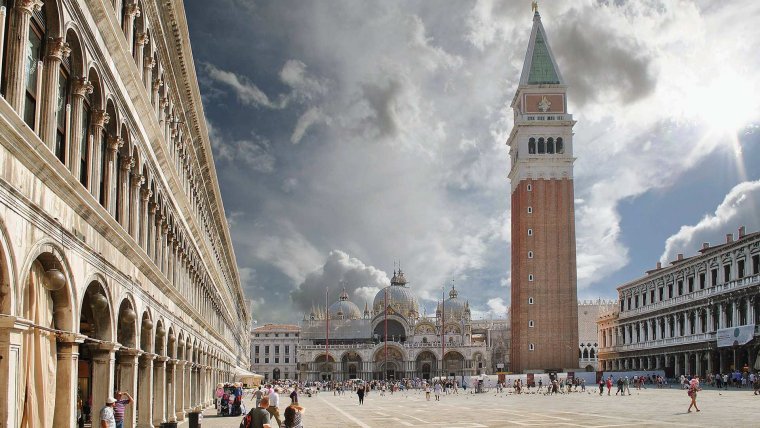 This beautiful city is built on the water, and it is well known for its amazing canals. The fantastic thing about this city is that it has no roads. The primary means of transport are boats. If you are running short of days to visit Italy destinations, Venice should be your first destination. It is a small and compact city easy to be explored in a few day trips. Start your visit from the amazing St. Marks Square, also known as Piazza San Marco and then get lost in the alleys and canals to discover the wonders and secrets of this unique city. And of course, treat yourself to a gondola ride. It will be an unforgettable experience. 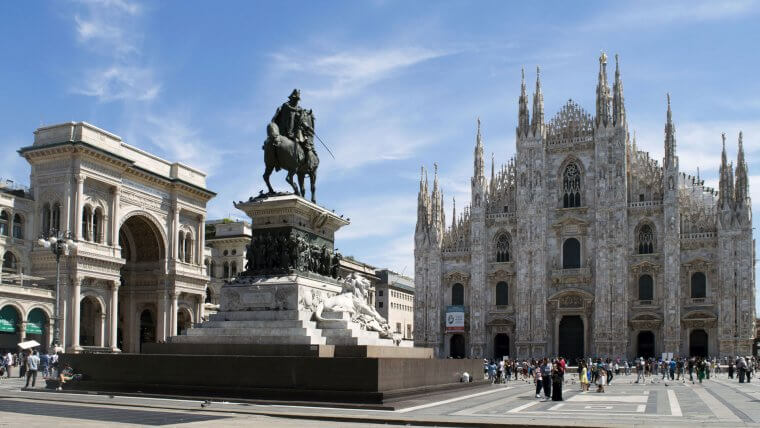 Milan is the wealthiest city in Italy. It is one of the most modern Italian towns known for fashion, trendy shops, exhibitions and its opera house (La Scala). It is a centre of fashion and design also known for fancy and starred restaurants. Milan Gothic Cathedral, the Duomo, is the fourth largest church in the world and took five centuries to complete.

In Milan, you will have the unique chance to see one of Leonardo Da Vinci‘s most famous work: The Last Supper. If you are willing to see this masterpiece, we strongly advise you to book well in advance.

La Scala is the famous opera house in Milan which has attracted many acclaimed productions. Its interior is beautifully refurbished. 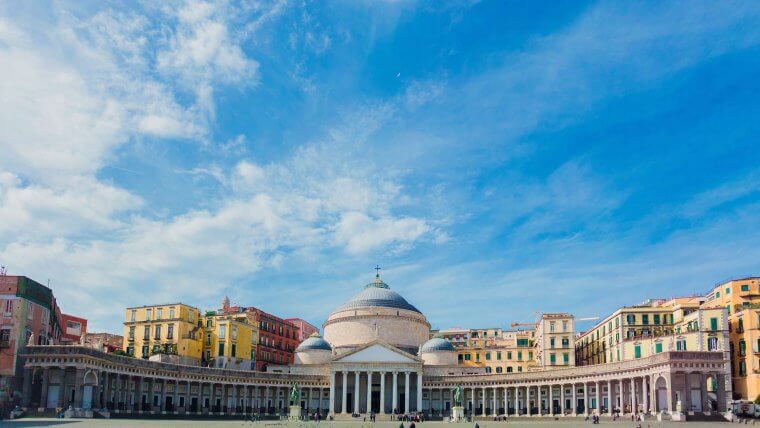 Naples, the third-largest city in Italy after Rome and Milan is situated in southern Italy. There are so many spots to visit in Naples which are filled with harmony, peace, the character of modern life and history. Its people are charming and helpful. Also, Naples pizza is famous in the whole world. Sunny island, ancient streets, beaches, and other beautiful places enhance the beauty of this city. The Islands or Ischia and Capri situated in the Naples Gulf are famous for their exclusive beaches and spa resorts. 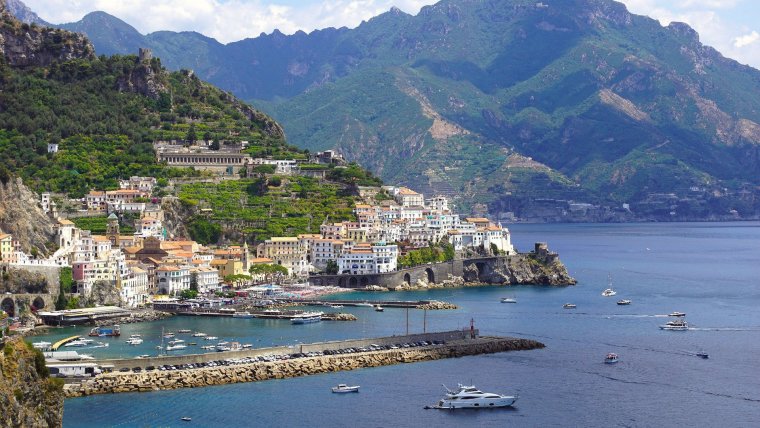 Amalfi coast situated in the province of Salerno stretches along steep cliffs. Amalfi Coast is famous for its natural caves, jagged cliffs, and famous bays. If you want to look at this beauty without making much effort, grab a seat on the seaside bus to witness the amazing views. This stubbing city is famous for beautiful coastal towns that occurred in front of steep hills. You will love wandering in its narrow streets. 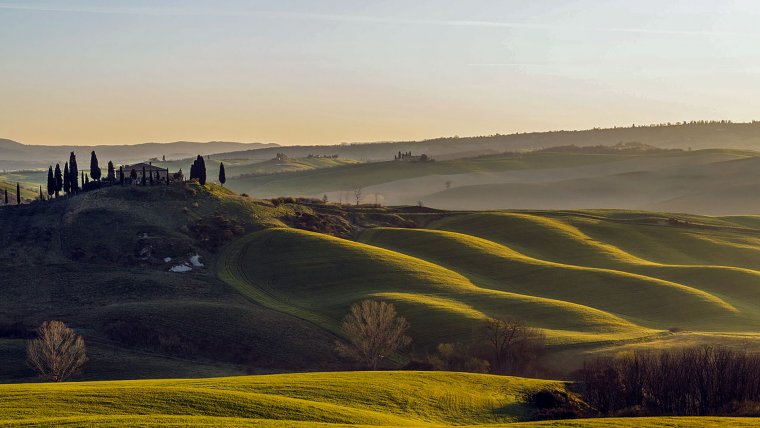 Tuscany is situated in the centre of Italy. Its natural beauty, enduring renaissance culture, and enduring landscapes make it the most visited Italy destination. Its capital is Florence. This region is famous for its gentle hill towns. The hill towns are perfect for a hike to find peace and calm. San Gimignano, a hill town located in Tuscany, is another beautiful spot to visit here. San Gimignano is one of the UNESCO world heritage sites in Italy and has great importance. It is worth a visit for its squares, cathedral and medieval towers. 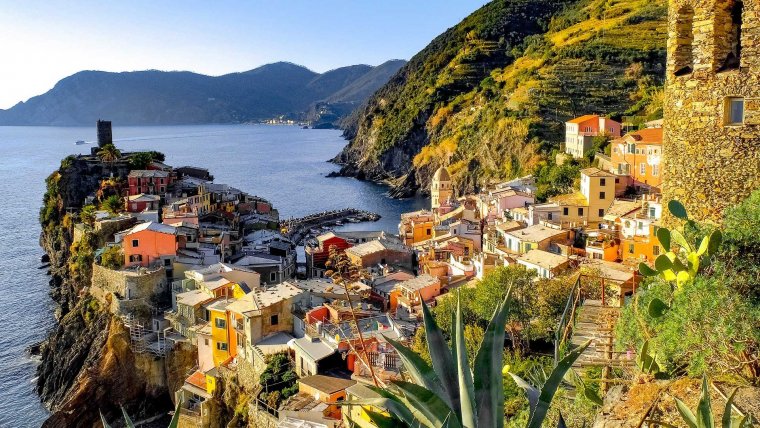 Cinque Terre (means the “five lands”) is a string of enchanting villages that stretches between the Levanto beach and La Spezia port.

It is one of the most spectacular places to visit in Italy in summer. There are many hotels which are striking in their way. It is always helpful to book well in advance. A picturesque train connects these villages. So, trains and buses are an easy and affordable way of travelling from one village to another.

The famous Via dell’Amore (Path of Love) connects these villages. It is one of the most scenic trails in Italy.

This trail has been partially closed since 2012, but it has been renovated, and it is set to reopen in 2023. 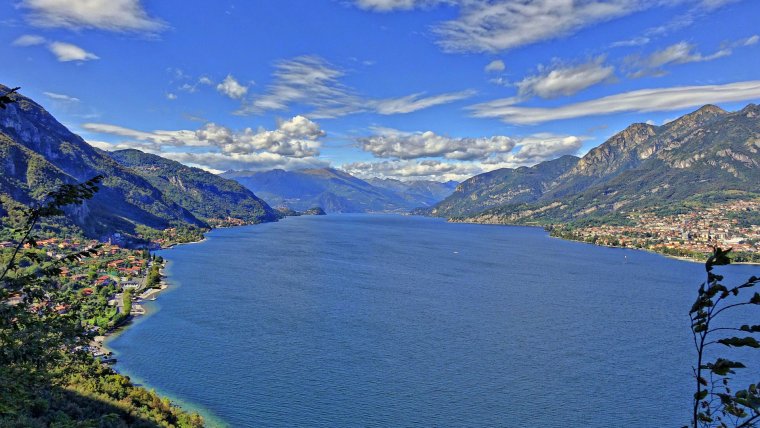 It’s easy to get there from Milan by car or train in less than an hour.

This beautiful lake is the third largest of Italian lakes having a maximum depth of 410 meters. If you are planning on visiting Italy, you must go to lake Como. You will find picturesque sceneries that have enchanted famous people from all over the world.

George Clooney has purchased a villa along its banks, and it has been the sets of some famous movies such as Star Wars, Ocean’s Twelve, Casino Royalenella beautiful setting of the Villa del Balbianello. 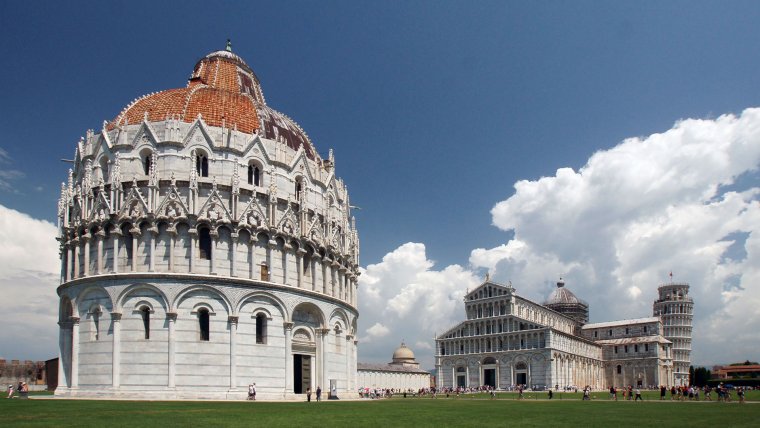 Pisa also is known as the city of leaning towers is located in the centre of Italy. It is known for its art and magnificent architecture. The leaning tower of Pisa, in the famous Piazza Dei Miracoli (Square of miracles), is one of the most visited towers in the world. This unique tower is leaning for almost four degrees; that’s why it attracts many tourists. Tourists take their photographs with this amazingly unusual leaning tower of Pisa and love to climb its stairs. According to the experts, although this tower is leaning, it is all stable, and there is no danger of it for falling until a natural disaster occurs. 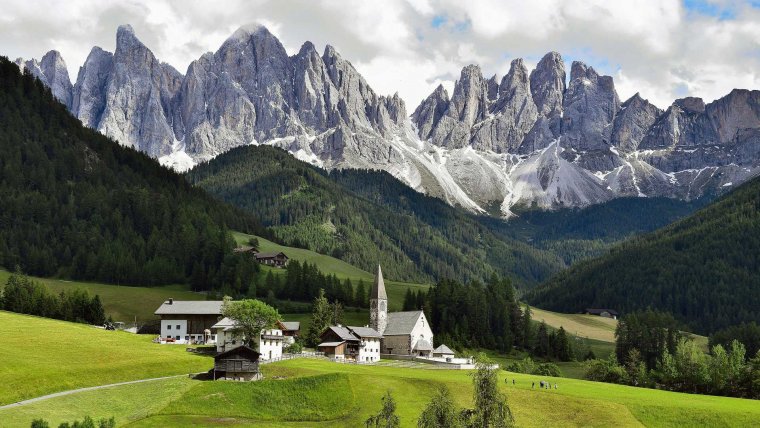 The Dolomites in Italian known as Dolomiti is a mountain group in Northern Italian Alps. The Dolomites are a magical place both in summer and winter. There is a joke that describes them perfectly: “only the sea is missing”.

But the truth is that they have been included by UNESCO among the World Heritage Sites because millions of years ago there was also the sea here.

Today you can let yourself be enchanted by their snowy peaks, forests, valleys and lakes.

Madonna di Campiglio, Trento, Val Di Fassa, Bolzano, Val Gardena, Cortina d’Ampezzo are just some of the wonderful places that will take your breath away behind the nine Dolomite’s mountain systems.

Places to visit in Italy: Conclusion

So this is a list of some of the places to visit in Italy at least one in a lifetime. Actually, it wasn’t easy to choose. Surely we have excluded some that would deserve a visit as much as these we have listed. Sicily, Puglia, but also Umbria and Emilia Romagna boast places of equal beauty and historical and cultural value such as Palermo, Lecce, Perugia, Bologna, Genoa.

Let’s say that for the moment we have chosen the most famous places, but we will dedicate ourselves to others with equal commitment.

Disclosure: Please note that we may use display advertising, and affiliate links to operate this site, and at no additional cost to you, we may earn a commission if you make a purchase. We recommend only products and services we know and the income allows us to keep the site updated and free of charge. Please review our Terms and Conditions and Privacy Policy for more information.