Italian Architecture – The 7 Most Important Styles You Need To Know

During a trip to Italy, you may find it challenging to recognize and appreciate the many architectural styles of our country. With this brief overview of Italian Architecture, we would like to provide you a useful vademecum. We hope that in this way, you will be able to familiarize yourself with the culture of each period. You could even learn to place buildings, churches, and palaces in their right historical time.

Italian architecture covers at least a couple of millennia of history, from the Hellenistic Roman period to the present day. Italian architecture boasts a large number of architectural styles. And each style evolved over the centuries, also according to the political, cultural, and economic changes of our country.

So, we would like to offer visitors a compass to navigate the immense Italian artistic and architectural heritage.

We list below the most important architectural styles that have made the history of Italy.

They are in chronological order.

Within this virtual time map, we identify the most representative sites of each historical and artistic period. Then if you want to deepen one subject, you will find a dedicated page with more detailed references and information. 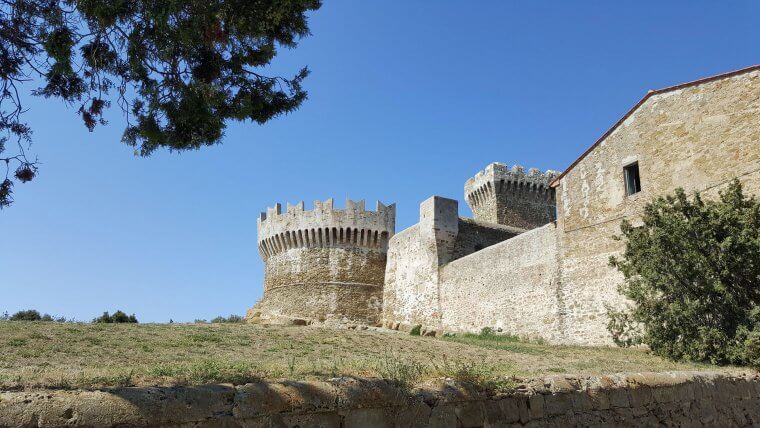 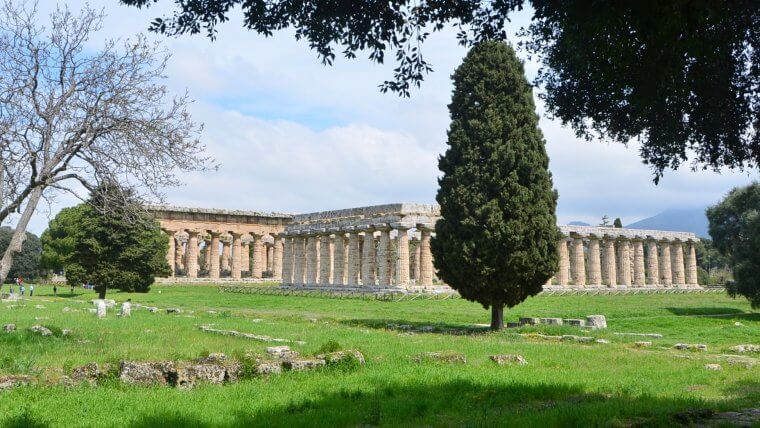 Southern Italy and Sicily, in particular, is home to the Greek architecture. Agrigento, Syracuse, and Taormina treasure the primary examples of this architectural style.

But you can find other exciting places also within the peninsula, for example in Campania, at Paestum

Temples are among the most typical example of the Greek style with their elegant columns and surmounted by the “tympanum” on the facade. There are three types of these temples: Doric, Ionic, and Corinthian temples.

The best way to get to know Italian architecture is to visit these places in person. But if this is not possible, we offer you some virtual tours that will fully immerse you in the most significant places in our history.

Syracuse Virtual Tour (Online Tour from Home)
Cicero described the Syracuse as “the most beautiful city ever built by the Greeks!

Ancient Roman Architecture (from the 1st century B.C. to the 5th century A.D.). 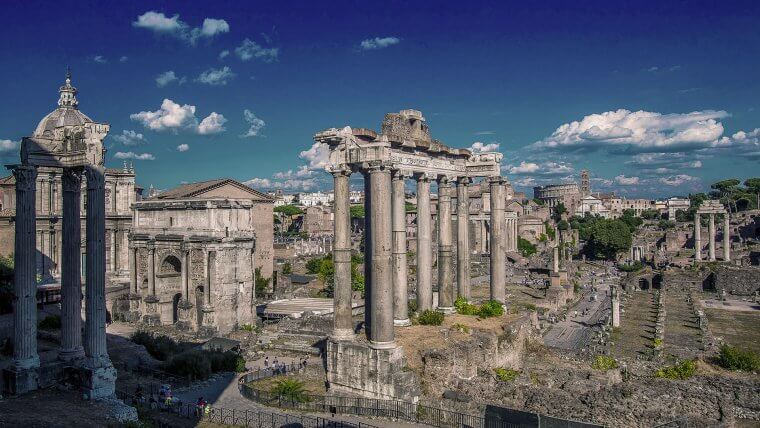 There are many architectural examples of the glorious Ancient Roman period in Italy. You will find temples, amphitheaters, arenas, the walls of many cities, and the beautiful Roman villas. The many roads built by the Roman civilization are well known, too. Hence a famous proverb “all roads lead to Rome“.  And there are also many aqueducts all across Europe. Some of the primary examples of Roman architecture in Italy are the Colosseum, the Roman Forum, the Pantheon, the city of Pompeii, the Arena of Verona.

The Fall of Rome (Online Tour from Home)

Pompeii, The City Frozen in Time (Online Tour from Home) 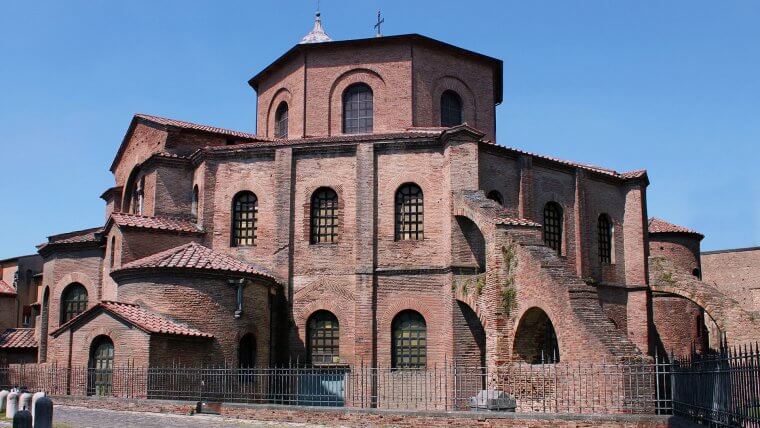 At the beginning of the 4th century A.D., Emperor Constantine was the protagonist of two fundamental events. With the Edict of Milan he made the Christian religion official, creating the conditions for the birth of a new art.  The second fact that marked a turning point in the history of architecture, was the movement of the Capital of the Empire from Rome to Byzantium. These events gave impetus to the new trends that from then on took the name of Byzantine art.

The great differences with Roman art, however, began to be found only between the fifth and sixth century AD, when the fall of the Western Roman Empire in 476, created a real discontinuity in the artistic trends of the time.

The architecture was influenced by the Byzantine style, and was characterized by the construction of churches with round arches, not only in major cities but in villages throughout the country.

If you love the Byzantine style, you will surely appreciate a visit to Venice. Venice and Byzantium have been connected for a long time. Among the city’s calli, there are two places that most of all represented this millenary union: Torcello and St. Mark’s Basilica. 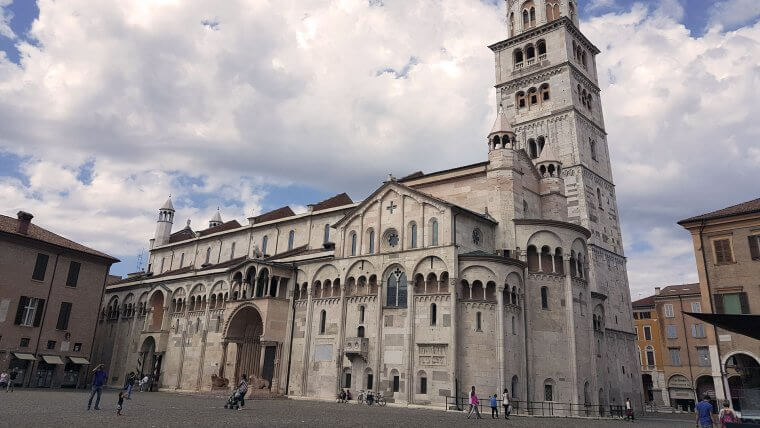 From the middle of the 6th century until the year 1000, with the rule of the Barbarians, Europe experienced a dark period.

The economy declined, there was an agriculture of self-subsistence, and the political-administrative functions of the cities disappeared completely. Architecture also suffered from this decline.

Only after the tenth century, there was economic recovery. This led to a revitalized development of the cities, that contributed to the architectural revival.

The Romanesque style became the most widespread in Europe. It took up the architectural techniques already practiced by the Romans. In particular, the construction of the cross vaults.

In Italy, the Romanesque developed homogeneously, especially in the Po Valley.

Among the most interesting examples of this style in Italy we can mention:

The Gothic style from the 13th to the 16th century 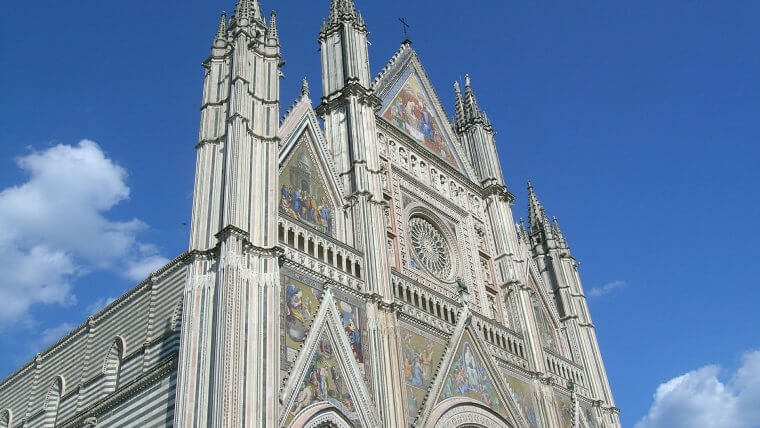 The peoples of Northern Europe distinguished themselves by being great builders of cathedrals. They have the merit of having introduced the construction technique that allowed Romanesque style to evolve into the Gothic style.

The decisive turning point in this evolution was the introduction of the pointed arch. Compared to the round arch, the height of the pointed arch is not proportional to the width of the vault but can take on different dimensions. In general, the height is more than half of its width. The Gothic style is also characterized by the use of more elaborate sculptures, such as gargoyles, larger windows, and other influences of Moorish architecture. In Italy, the Gothic style did not fully assert itself. However, there are some examples of primary importance such as: 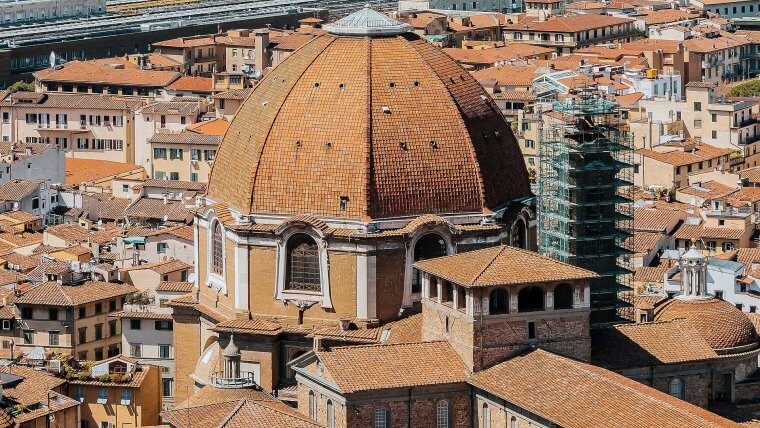 The advent of the Renaissance style is a purely Italian phenomenon that brought broader cultural renewal in all the fields:

The Renaissance was one of the most intense and brilliant historical periods in the history of Italy.

For the Renaissance artist, Gothic architecture ignored the concept of aesthetics, while Renaissance style exalted the ideas of beauty, harmony, and proportion. Geometric forms were inspired by rationality and rediscovered the language of classical architecture. For this reason, the round arch was more pleasing to the eye than the pointed arch. For the same reason, the columns surmounted by capitals replaced the pillars and bricks that the Middle Ages had preferred.

The most celebrated exponents of the Renaissance architectural style were the architects Filippo Brunelleschi and Leon Battista Alberti.

In addition to the well-known works on perspective, Filippo Brunelleschi is remembered for the following architectural works

The Heart of Renaissance Florence: Florence Duomo and Baptistery (Online Tour from Home)

Highlights of the Uffizi Gallery (Online Tour from Home) 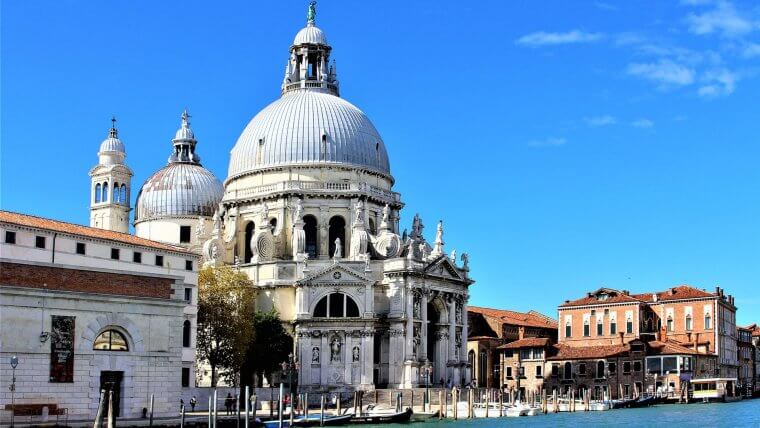 At the end of the 16th century, the Renaissance era came to an end, and the architecture became Baroque.

In the baroque concept, the structure and appearance of the building were two separate concepts. The structure obeyed its needs and logic, while the appearance was obtained with decorations that were added later, using marble and stucco. It was a kind of cladding of the building, completely unrelated to its functionality. Baroque architecture did not seek to enhance the aesthetic and proportional sense of the structure, but to arouse the wonder of the observer, to give a sense of richness and preciousness.

The urban spaces were conceived as theatrical stages where you could find buildings but also fountains, stairs, monuments, and much more. The aim was to enrich the streets and squares with the most significant number of stage presences.

The most illustrious exponent of the Baroque is considered Michelangelo Buonarroti, and Rome is his cradle.

Some of the most intense expressions of Baroque art can be found all over Italy, for example:

If you liked this article, please, share it! And let us know in the comments in which area you decided to stay.

We are always at your disposal for any tips or information about Italy.

Do not hesitate to contact us or subscribe to our newsletter to catch up with all the local latest news.

Disclosure: Please note that we may use display advertising, and affiliate links to operate this site, and at no additional cost to you, we may earn a commission if you make a purchase. We recommend only products and services we know and the income allows us to keep the site updated and free of charge. Please review our Terms and Conditions and Privacy Policy for more information.