Verona is worldwide famous because of its rich culture, heritage, and ancient buildings. However, people always closely link Verona to “Romeo and Juliet”, a tragedy written by Shakespeare. Every year Romeo and Juliet’s houses are visited by thousands of tourists. If you are in Italy, you should visit Juliet’s house, located near Piazza Erbe in via Cappello, 27.

Ancient places where Shakespeare’s tragedy took place are visible in this city. Tourists can visit the balcony where Romeo declared his love to Juliet as well as other areas in Juliet’s house, which date back to the 13th century. Moreover, incredible architectural features can be appreciated in Juliet’s home, such as beautiful trilobate-shaped windows.

Traveling around Verona is an unforgettable experience because you can visit historic buildings like the ancient amphitheater, the Arena, built by the Romans. Furthermore, World-Heritage-Site status was granted to this city by the UNESCO, another reason to visit this place. 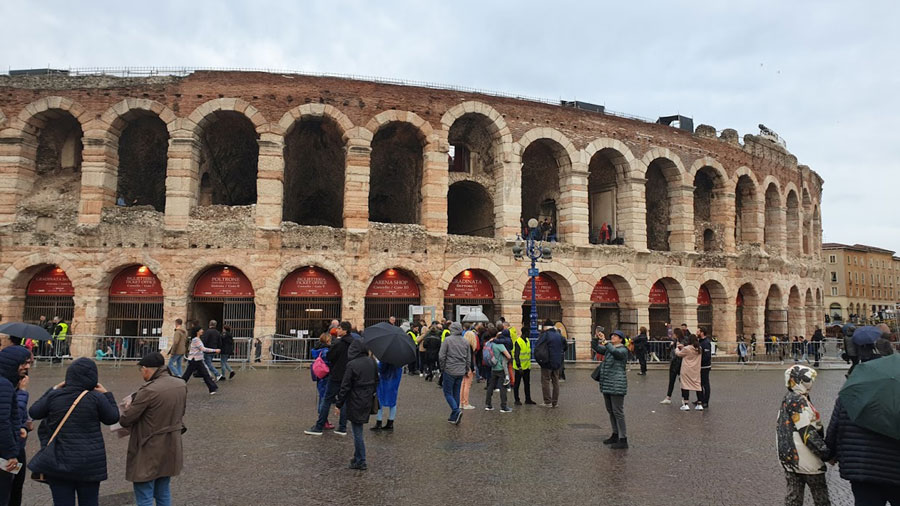 Near the historic center of Verona, the Adige River crosses the whole city; this environment is tranquil and has a lot of beautiful romantic bridges where to take some photos. In the summer season, people usually go to the Arena, the opera theater, at night. The Roman Amphitheater can hold up to 15,000 people in its facilities, where concerts and other significant events are performed. Start planning your future vacations here in Verona right now, and don’t lose this opportunity.

Many tour guides are available for tourists who visit this city. Verona is also known for its traditional delicious cuisine and wines; you can taste them at restaurants in Verona and trattorias. 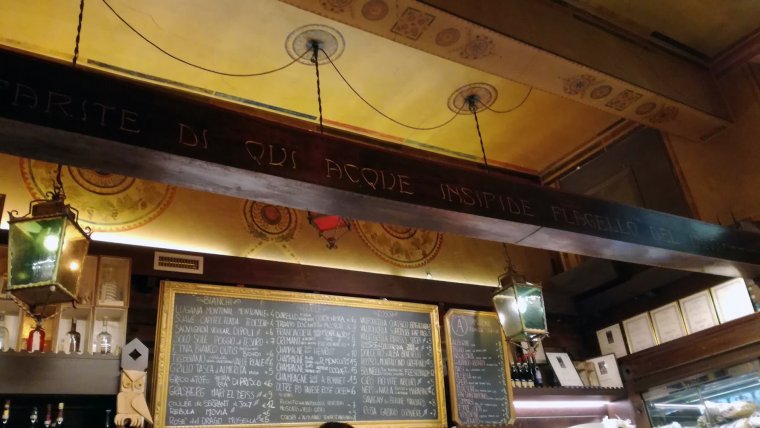 There is a wide variety of Veronese wines because the climate helps produce juicy grapes. These wines have a high demand because of their quality and flavor. A bottle of a Veronese wine can cost up to 30 dollars; therefore, it is affordable for everybody.

A bit of History

Verona is one of the Italian cities with more Tourist flow per year on the Italian Peninsula. The city was declared as Cultural Heritage of Humanity by UNESCO. With a population around 265.083 people and area of 206.63 Km2, the town is surrounded by hills, besides the Adige rives cross its lands and neighbourhoods. Verona is famous for the history of Romeo and Juliet; for this reason, this one receives the name of the most romantic city in Italy. The town conserves the majority of its historic buildings since the Roman age, Middle age until our days.

The city was an important business and cultural centre in Italy, Verona was occupied by the Celtics until 90 B.C. when it was conquest by the Roman Empire. The Roman amphitheatre of Verona is an example of this age. Nowadays, Verona is the second artistic city after Venetia; for this reason, many cultural activities take place in the principal sights of Verona. Art exhibitions that show us the history of the town are reflected in these art pieces; however, the city has natural attractions recognized in all Europe as the Lake Garda. 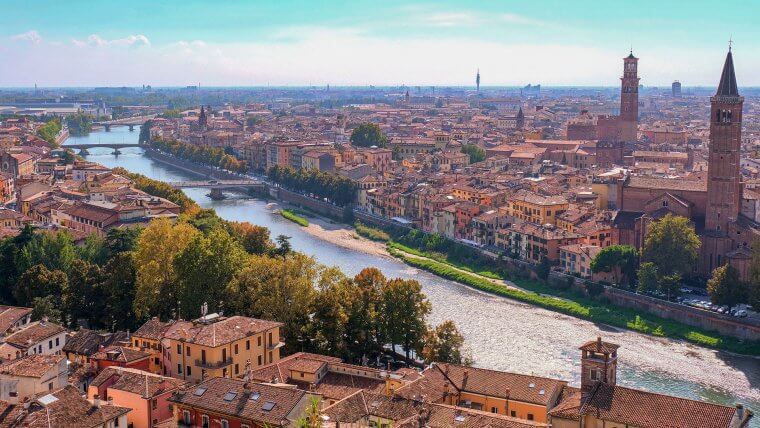 Verona has essential places and sights to visit and enjoy. For example, the Verona Arena is on Romae of the most important amphitheatre in Italy (Only after the Roman Coliseum) which receive music concerts in summers. The Piazza delle Erbe was an ancient Roman Forum and actually is the most famous square in the city. The Tower Dei Lamberti is another pearl that Verona has for us. This tower is called the Viewpoint of Verona and has 84 meters of altitude. It was built between XII and XV centuries or the Juliet House where, according to the traditions, the Capet’s family lived ignoring the love between Juliet and Romeo.

The attractions of the city are many, and various like the Domo of Santa Maria. It was built in 1187, and its style is Gothic and Romantic. The Santa Anastasia church is an important church inside Verona; it is the biggest in the city, the Franciscan congregation administered the church between 129 and 1481. Another important place in Verona is the Barbieri Palace; it is a beautiful palace dating back to 18 century with a neoclassic style, actually here is located the Town Hall. In Conclusion, Verona a city unforgettable that is waiting for you.